All my career, I’ve looked forward to someday. Someday I’ll be the fastest kid in the city. Someday I’ll make the National Team. Someday I’ll go to the Olympics. Someday I’ll be World Champion, maybe even Olympic Champion. Someday I’ll be written in the history books as one of the greats. However outrageous and audacious, I fully believed that this first-generation Filipino-Canadian kid from south Calgary could accomplish anything as long as I worked harder and smarter than the competition. And, well, why not.

Through the years, some somedays came, others eluded me, and then there were the somedays I didn’t even know I was looking forward to; playing guitar with my favourite band at the Olympics, being a groomsman at one of my best friend’s wedding, becoming an uncle – just to name a few. As I’m sure most athletes can attest to, when you’re in the grind, involved in the numbers and minor details that lead to that someday, seasons, races, travel and training camps seem to blend into one big pot of soup, impossible to digest for more than face value. But starting to dive into my time as a speed skater, I realize that although it hasn’t been the fairy tale that I had dreamt of, it got pretty damn close. 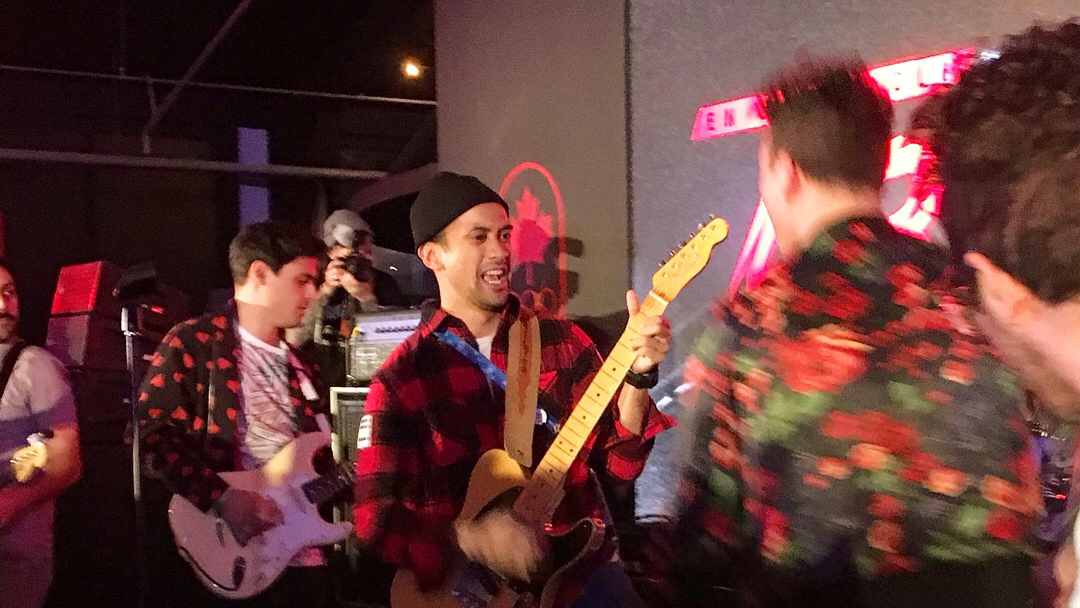 I’ve travelled the world as a professional athlete, surrounded myself with the best of the best - teammates, staff, coaches, sponsors and partners. I’ve competed at the World’s most prestigious event – twice! I’ve had medals put around my neck and hoisted trophies. I’ve had crowds cheer for me and against me, taken selfies, signed autographs, led parades, given keynotes and crossed paths with living legends. Yes, there are those gaping holes in my resume of things I haven’t accomplished but even in writing all of this, it’s hard for me not to stop and think “Wow. What a ride it’s been.”.

This Olympic experience going into PyeongChang was much different than leading that into Sochi, for better or for worse. Going into Sochi, I was naïve, young and up-and-coming. I had the support of an amazing group of people that felt like family. I approached every World Cup and World Championship with an unbridled excitement and going to the Olympics was the cherry on top. I had worked myself into the conversation to challenge for the podium and just to have a chance to win at those Olympics, I thought, not bad for that kid from south Calgary. What happened at that Olympics isn’t what I initially sought after, but I left those Games fulfilled in my goal of helping to provide a medal moment for Canada, a moment like the one that invigorated my pursuit to be an Olympian in the first place. Fast forward four years later and leading into PyeongChang, that naivety had faded. I was older and no longer considered up-and-coming. People now had their expectations of me and I expected more of myself. I had the successes and the underlying narrative leading into these Olympics for me was “can Gilmore Junio win an Olympic medal of his own?”. Things were different and amongst the change, I found myself in a foreign country trying to integrate myself into a new team that was already very much like family. If my Sochi experience was like taking a paddle boat onto calm and sunny waters, my journey to PyeongChang was met with stormy seas and I fought everyday to keep that boat afloat, hoping for those calm waters to return. Some days were filled with highs were I was confident I could beat the best in the world; other days were tougher. Through some of the tough times a friend said to me “this too shall pass” and I held onto that. Just keep paddling.

I kept paddling until I found myself on the shores of Gangneung, a member of Canada’s 2018 Olympic Team. And what a team it was to be a part of - a record-breaking 29 medals for the country! We have some of the most amazing athletes history has ever seen and to be able to also call some of them colleagues and friends might be one of the greatest things I take away from the Olympics. Across all sports, to connect, laugh and share stories and experiences with all the athletes and staff have left a lasting impression on who I am today and who I want to be moving forward.

To compete for Canada has been the ultimate honour and accomplishment and on the night of the 19th of February, at the Gangneung Olympic Oval, I felt like I was standing in the 12th round of a boxing match - bloody, battered and bruised but ready and willing to fight for my country and my someday. At the end of the day however, I lost… and by unanimous decision, but I can honestly say I gave everything I had, and it just wasn’t good enough. People who watched my race usually say, “you did awesome!” or “great race!” but the thing is, I was hoping for so much more. It just wasn’t there that night. Now, hindsight is 20/20 and looking back, maybe I’d change one thing here or there and maybe that’s what would have made the difference, but I can confidently say I have zero regrets about the way I chose to do things. The Men’s 500-metre has become the most competitive field in speed skating and when that gun goes, you roll the dice, race your race and see if you have the tenths and/or hundredths of a second that give you a chance to win. Even then, nothing is guaranteed. I got beat but I think they’re something liberating in accepting defeat rather than wondering about the should’ve, could’ve, would’ves. And although I came short of my ultimate goal, I am proud of the journey. Through all the difficult decisions and hard days full of doubt, fear and insecurity, I can say I sit on calm water and can see the sun breaking through the clouds. Yes, I fell short of my someday but this Olympics, more than ever, I saw someday happen for so many people that I respect and root for. These people battled through those stormy waters and stood in the ring, bloody, battered and bruised, ready to fight. And they won! I’m so proud and stoked for all of you - Lorry, Ted, Sam, Brady, Justin, Tristan, Alex, Patrick, Scott, Tessa, Eric, Megan, the list goes on… you so deserve it and what you all have been able to accomplish is what makes the Olympics so magnetic. 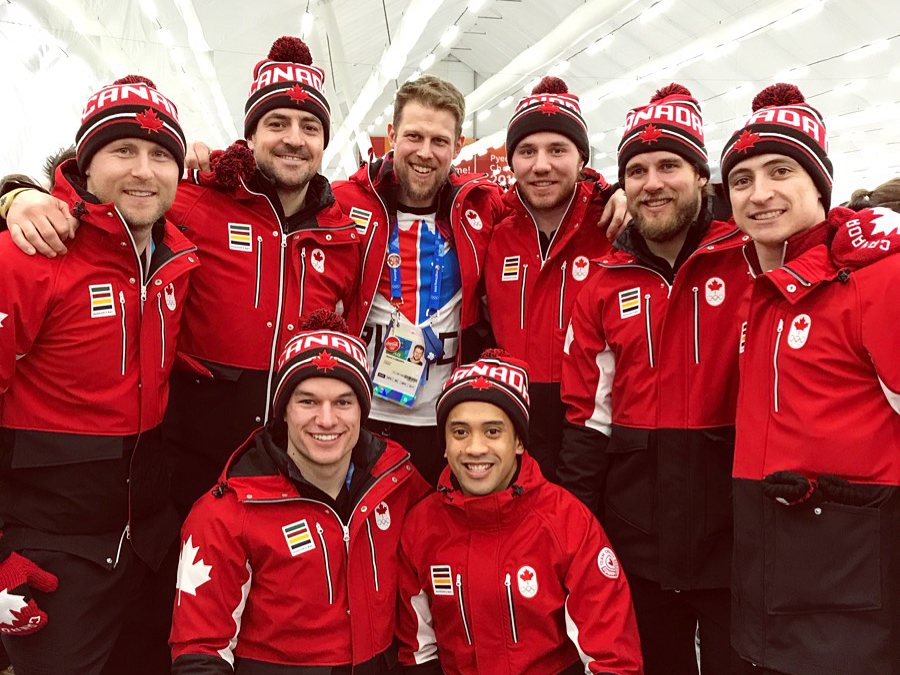 The Olympics, for me and for many, have become something beyond just the competition. It is an all-consuming experience that goes beyond description when shared with the people around you, whether you’re watching from home or within the grounds. Being able to experience it all with, not only my immediate family, but my Olympic family will maybe be what I remember the most. I’ll remember sitting in the stands watching ice dance with my family, lugers and hockey players, cheering our faces off when our Canadians were on the ice and laughing our asses off trying to figure out exactly what made a good twizzle – to this day, I still couldn’t tell you. I’ll remember cramming 35+ athletes into the athlete lounge to watch Ted-Jan win gold in the 10K with everyone willing him to stay on those lap times through the television – I’ve never seen that much intrigue for a 10K. I’ll remember dancing the night away with my family at Holland House and singing the night away with the team at some random Korean karaoke bar. And I’ll remember, sitting in my room, alone, reading all the messages of encouragement from my friends, family and complete stranger, before and after the race. For all of it, thank you to everyone involved in those memories.

With the 2017-2018 speed skating officially ending this past weekend, I reflect on the year that was and think of the incredible personal growth I've had this season. There was a lot of change; I left the National Team and packed my bags to live and train in Norway with their National Team, and when I wasn't overseas, I was home, training alone and motivating myself to do my programs right. I was managing all my expenses, finding support staff to help me, booking flights, handling training times, scheduling meetings - I was doing a lot of things that I had previously taken for granted and in doing that, I convinced myself that a better version of Gilmore Junio exists. He exists in the same place uncomfortableness lives and that was the theme of this year, getting comfortable with being uncomfortable to grow. Through it all, I can call myself a two-time Olympian.

The path I choose this season was not the easiest one and none of what I’ve been able to accomplish and experience would’ve been possible without the support of all those that have unselfishly given their support this season. To my sponsors and partners: aclaro softworks (now 3esi-Enersight), Royal Bank of Canada, Craig Senyk, Hudson’s Bay Foundation Strength in Stripes, CANFund, Alberta Sport Connection, lululemon, Powered by Chocolate Milk, Viking Speed Skates – you help turn a 13-year-old’s dream into reality and I will be forever grateful for your belief in me, my story and my someday. To my support team: Jeremy Wotherspoon, Mike Crowe, Justin Warsylewicz, Paul Hunter, Joe Bentley, Jenny Delich, Reece Derraugh, Alex Moritz, Derek Robinson – thank you for investing your time and effort into making me the best I can be and it’s been a privilege to have been on the receiving end of what you all do best. To my friends, teammates and support network – there are far too many to name, but you know who you are; tusen takk and thank you for always having my back. And finally, to my family – you’ve always lifted me up when things got tough and kept me grounded when things were good. Thank you and I love you.

As for my future, I really have no idea, but being back on calm water, I think I’ll just keep paddling my boat towards someday. 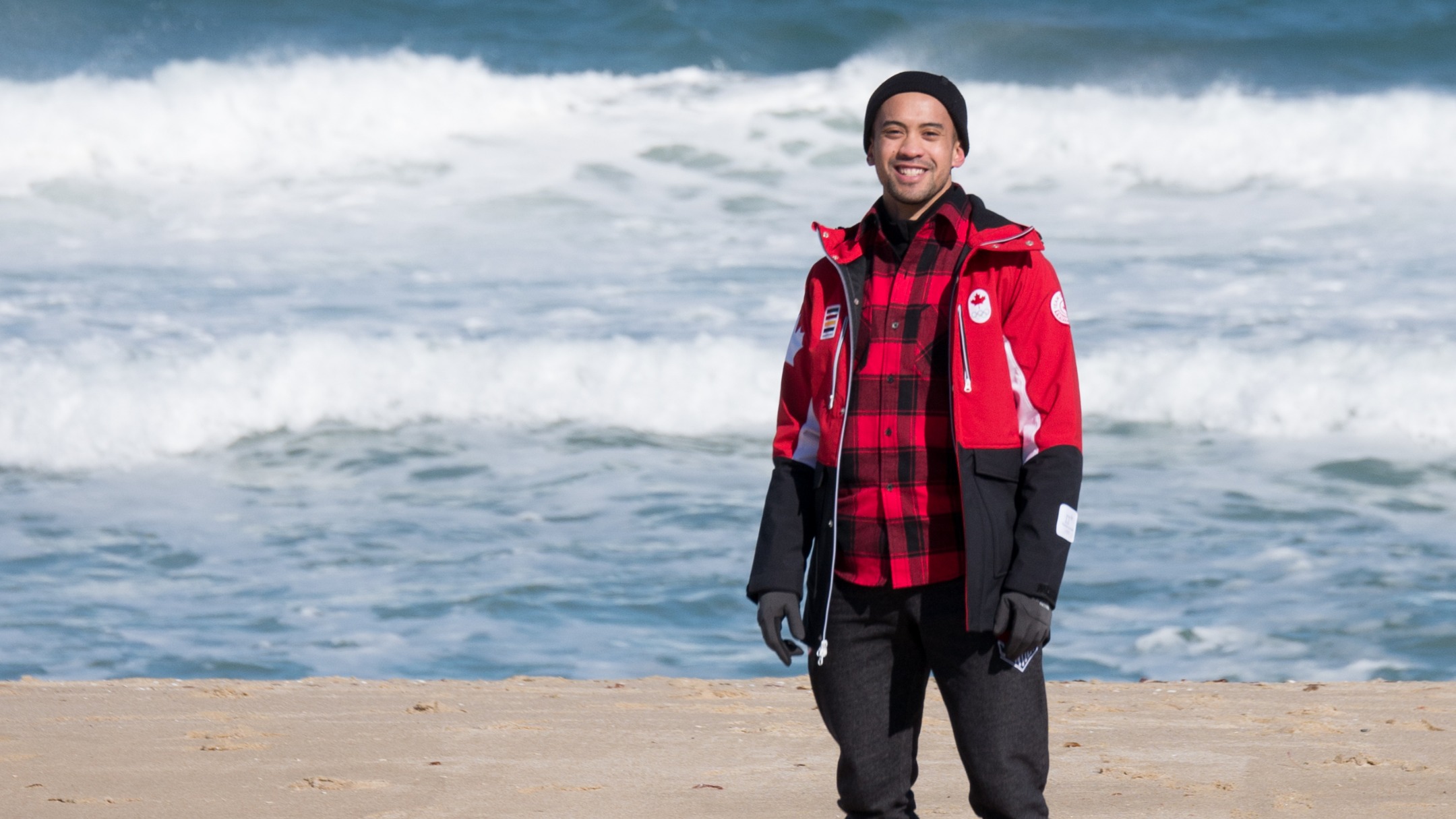