This past weekend, the good people at Ford let me take the brand new 2018 Ford Escape Titanium to the mountains for some spring skiing. But before we get into that, I must preface the weekend’s adventures.

For as long as I can remember Ford and the Ford family has been a part of my family. When I was six-years-old, I remember the excitement my dad had calling the family to the garage for a big surprise. Waiting there was a 1996 Ford Expedition which at that point it was the biggest car I had ever been in. It served our family well but in 1999 my family decided to upgrade, and my dad brought home what would become the Junio family workhorse - a navy blue 1999 Lincoln Navigator. The Navigator was brand new but since then, it has seen over 245 000 kilometres, driving across the country and back for family vacations, hockey games, speed skating races, music recitals, school trips, weddings, birthday parties and more. It has seen our family’s best days and worst days. And although the siblings and I rarely all pile into the back seats of the Navigator anymore, it now serves the second-generation of our family, with my parents making baby sitting runs for my niece. My first car was then a 2002 Ford Explorer Sport Trac which my dad had purchased in Red Deer after one of my speed skating competitions. Once I was old enough to drive, my brother and I would share time behind the wheel and he and I spent hours in that silver beauty, commuting to hockey, skating, school or hanging out with friends. For us, although on the smaller side, it was the perfect truck - my record for capacity is nine mountain bikes loaded between the truck bed and rear seats. However, right before the 2014 Winter Olympics, I got into a car accident that resulted in it being written off. It was a sad day to see all those old memories get towed away but it allowed me to make many more memories in the months to come.  Upon returning from those Games, I would drive this old station wagon my dad and I picked up off a friend of a friend and although it served it’s purpose, I felt like I was missing something. So the following year, I saved up enough prize money and purchased my very own 2008 Ford Explorer Sport Trac and I finally was reunited with the truck that had been there through so many good memories. So when Ford reached out and asked if I would want to take the 2018 Ford Escape to the mountains for some spring skiing, it was an absolute no brainer!

It was an exciting day picking up the Escape from the amazing people at Universal Ford Lincoln. Not only did the car look great and have that new car smell but as I was explained all the features of the vehicle, more and more I wished I would have the car longer than one week. There were a lot of shiny bells and whistles in the Escape like the SYNC 3 technology, touch screen centre console, push-to-start, ambient lighting but the simple luxury of a Hands-Free Foot-Activated Liftgate got me the most excited. Thinking of all the times I’ve had my hands full with either groceries, suitcases or hockey equipment, immediately I thought of how genius and practical of an idea it was. But that was a common theme for a lot of the Escape, how it improved and enhanced the simple things and created an awesome experience while driving the car. The Adaptive Cruise Control blew my mind – you set your cruise control speed and if you encounter any other vehicles on the road, the Adaptive Cruise Control will slow the car down until the path is clear again. The Enhanced Active Park Assist was an absolute game changer – I’m the kind of person that will park ten blocks away from my destination to avoid parallel parking but seeing the car recognize where it could fit and steer itself into position was insane. Literally, the list goes on and on of things that impressed me about the Escape and being able to drive it through the scenic views of the Rocky Mountains really highlighted a lot of those details. 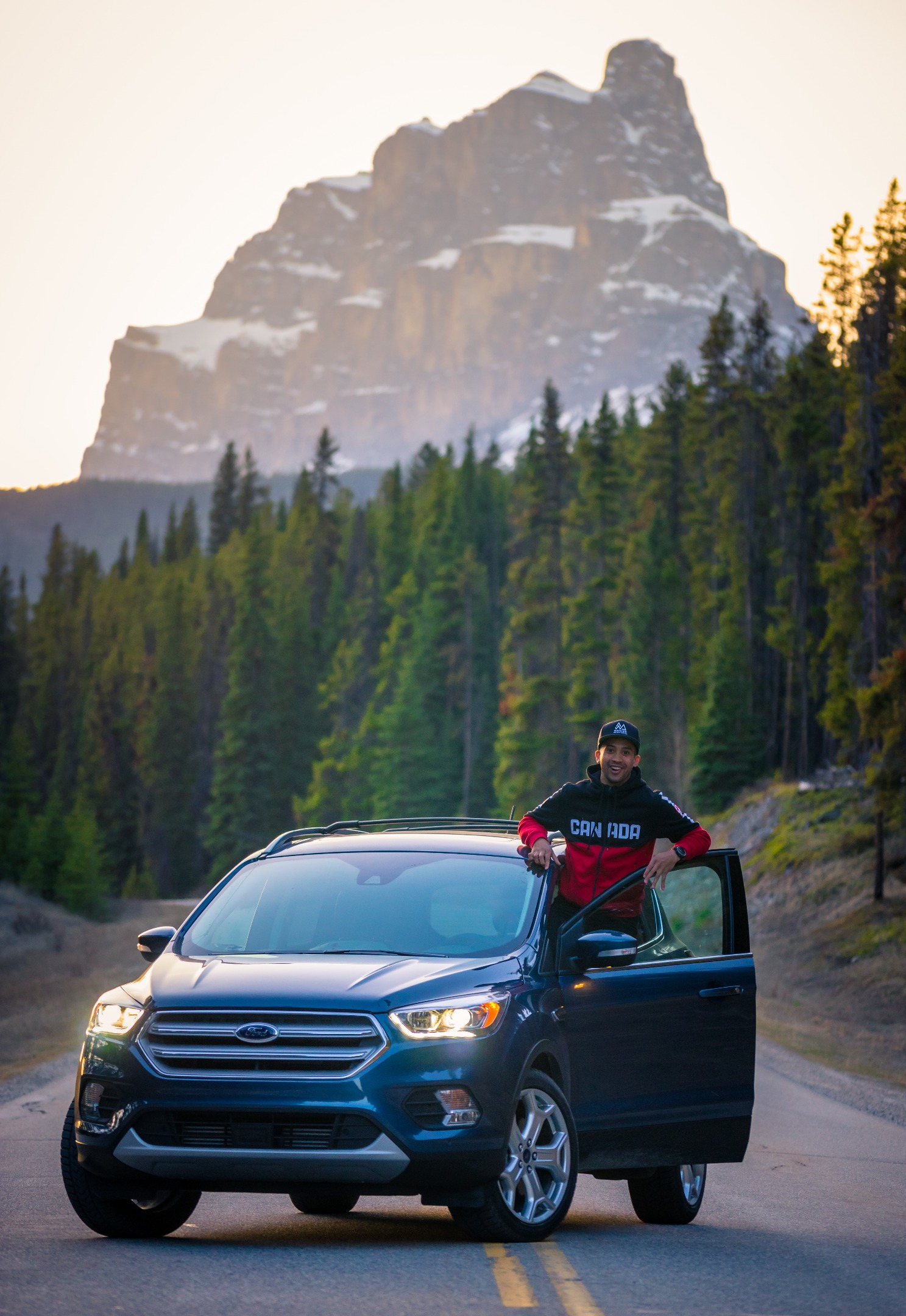 I’ve always been a firm believer that the good things in life are best shared with the people around you, and for me, having a vehicle like the Escape allows you activate whatever adventure lies next for you and your friends. Across the two days I spent in Banff and the Sunshine Mountain Resort, I was joined by my friends Pieter, Richard, Jordan & Kennedy for some Spring skiing and the conditions did not disappoint.  I don’t get out to the ski hill as much as I’d like to due to the regular constraints of the competition and training seasons, but it was time well spent with two warm, bluebird days. It’s hard to explain in words the beauty of the mountains, covered in snow with nothing but blue skies and sun above but, seeing people ski and snowboard in t-shirts and shorts - in one particular case, no shirt and short shorts - althought a bit weird at first, added to the experience of a great weekend. In the world of elite sport, we like to quantify everything; how fast did you go, have many reps did you do, how did this feel or how can I improve that but there was no seriousness in the weekend. We weren’t chasing powder, trying to get first chair or see how many runs we could get in… we were there to have fun, play in the mountains and enjoy the company of friends, which was a nice escape from my normal mentality in sport and activity. Here is a quick video to summarize the weekend:

I want to thank Ford Canada, Universal Ford Lincoln and the amazing people at Brookline Public Relations for organizing this experience and including me in such a fun and epic weekend in the mountains. What will be your next adventure? #GoFurther 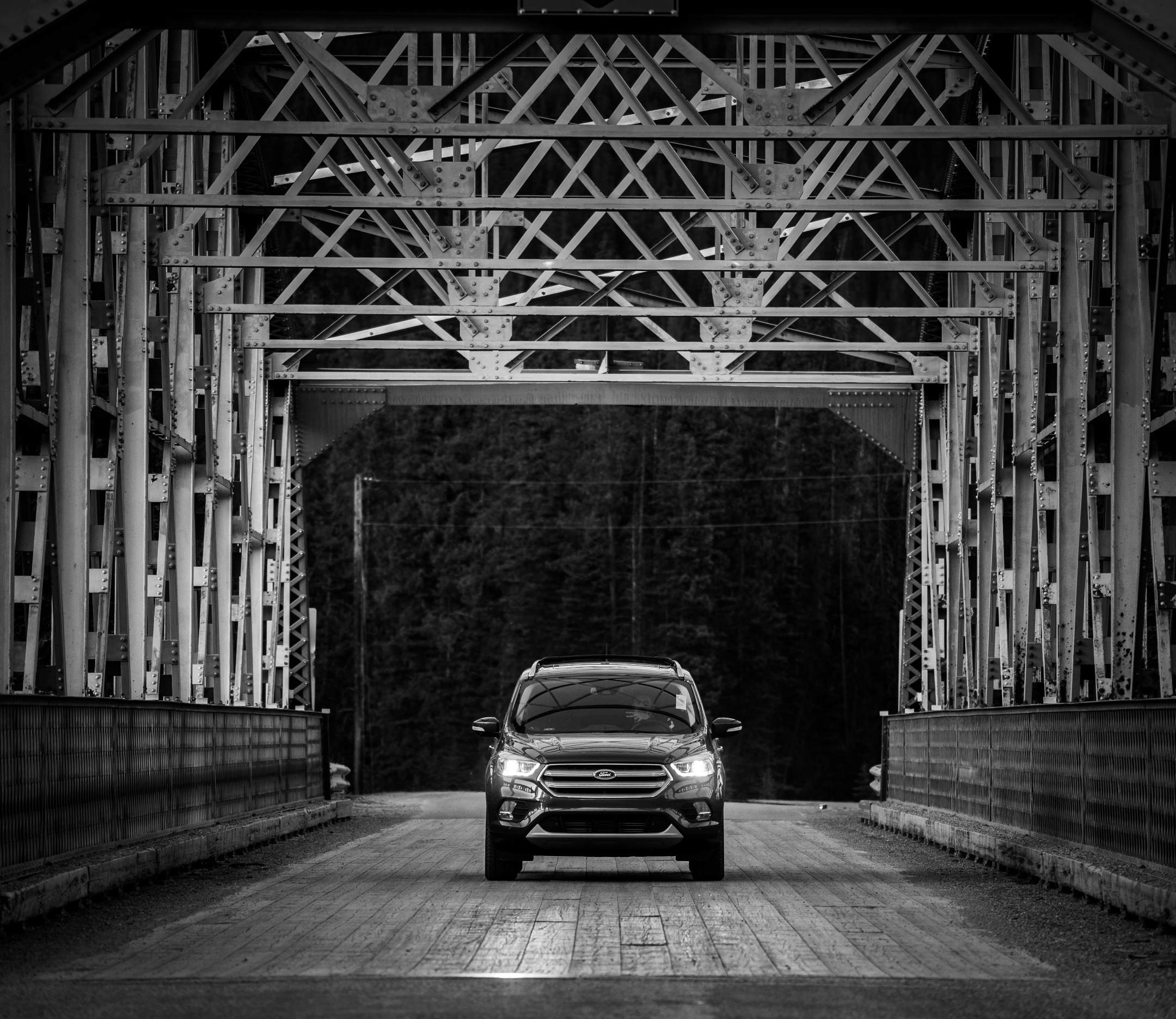